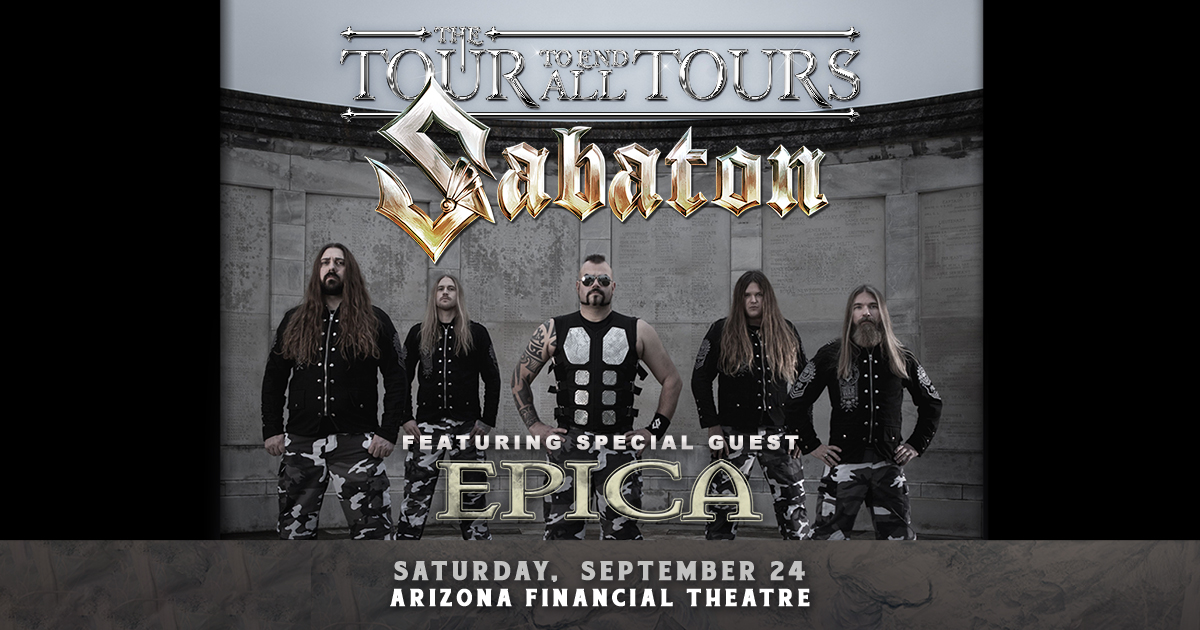 In over two decades since their launch, Swedish metallers Sabaton have carved out a reputation as one of the hardest working bands in the business – gaining a legion of loyal fans across the globe, delivering ten highly-rated studio albums (including two certified platinum-sellers), and scoring multiple industry award wins and nominations… not to mention launching their own annual festival and cruise.

Combining soaring power riffs with vocalist Joakim Brodén’s instantly-recognisable gruff baritone, the band refuses to be simply slotted into a genre. Fans need only know them as Sabaton: the heavy metal band that sings of real life wars and the people who played a part in them – of gruelling campaigns and dazzling acts of bravery, of magnificent victories and touching personal struggles – true stories more fantastic than any fiction.

Sabaton are perhaps best known for their electrifying live shows, combining accomplished musical performances and a finely-crafted stage show – including their full-sized tank drum-riser – with energy and laughter. The band has headlined as far afield as North America, Australia and Japan, and regularly fills arenas and takes top-billed slots at festivals across Europe. They are also a favourite support act for metal titans Iron Maiden and Scorpions. Sabaton’s live show has won top industry accolades in Germany (Metal Hammer Award), Sweden (Bandit Rock Award), as well as being nominated for two Metal Hammer Golden Gods awards in the UK. 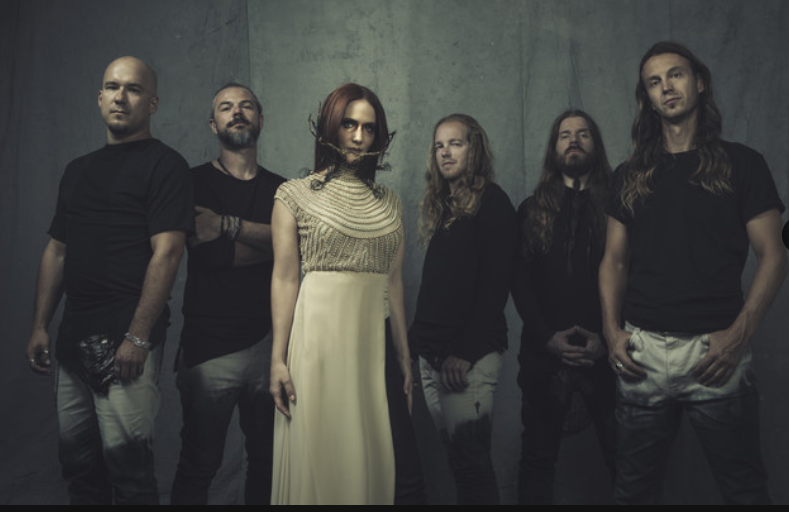 Formed by composer Mark Jansen after leaving @AfterForever back in 2002, Epica quickly gained attention outside their home country, taking big steps towards becoming the leading symphonic metal superpower they have long proven to be. On their past seven records so far, they soared from gothic undertones to a broad, epic and triumphant amalgamation of all things monolithic, establishing their unique brand of Simone Simons’ unparalleled vocal excellence with a band both ready to tear down venues around the globe while at the same time installing orchestral splendour, progressive elegance, oriental enchantment, cinematic soundscapes and colossal fury into their trailblazing bombshell sound.

For the first time in years, they congregated in a villa in the pastoral beauty of rural Holland, setting up their temporary studio in several rooms. Thus, “Omega” is an album of unity, of friendship, of the close bond the members share. And in the middle of a world in turmoil, of a cataclysmic change in society, Epica somehow managed to create their most spectacular album yet. An album that is seamlessly bringing together metal and orchestra, choir and oriental instruments to a perfect storm constantly emitting goose bumps. Add to that specifically written suites for orchestra and choir, a wide range of ethnic instruments recorded around the world by some of the best native musicians out there and you get something like the ultimate Epica album you never dared dream of.